Get EB-1 Visa By Presenting Extraordinary Abilities and Talents

What Is an Alien of Extraordinary Ability (EB-1A)?

"Aliens of extraordinary ability" (EB-1A) is an achievement-based opportunity for a green card through self petition. You must demonstrate that you have risen to the small percentage at the very top of your field as proven by "sustained national or international acclaim" and that your achievements have been recognized in your field of expertise.

There is usually no immigrant visa backlog for green card applications for aliens of extraordinary ability. That means you will have an option to file an I-485 adjustment application currently with the I-140 immigrant petition. The benefit of the concurrent filing is that you will be able to file applications for employment authorization and USCIS travel document.

How to Qualify as an Alien of Extraordinary Ability?

The petitioner for an extraordinary ability alien must submit extensive documentation that the alien has sustained national or international acclaim and that the alien's achievements have been recognized in the field of expertise.

You will satisfy the requirements for this immigrant category if 1) you received a major, internationally recognized award, such as a Nobel Prize, or 2) you satisfy at least 3 of 10 alternative criteria: 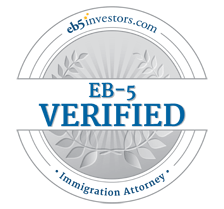